Mount Kosciuszko: how Australia’s highest peak came to be named for a freedom fighter against Russian aggression

Most Australians could name this country’s tallest mountain, Mount Kosciuszko. But how many could tell you where it got its name?

Paul Strzelecki (1797-1873) named Mount Kosciuszko after his compatriot in 1840. A friend of the third US president, Thomas Jefferson, Tadeusz Kościuszko (1746-1817) was a graduate of the Royal Military Academy in Warsaw, engineer, freedom fighter and statesman.

A self-didactic geologist, Strzelecki left Poland in the late 1820s and travelled extensively throughout the world.

Strzelecki came to Sydney in April 1839 to visit his friend, an Australian politician James Macarthur. In Australia, Strzelecki continued to follow his passion for mineralogy, discovering gold in News South Wales.

In March 1840, Strzelecki climbed the highest peak of the Australian Alps.

He named it Mount Kosciuszko in honour of the man whom he considered a hero of the resistance against Russian oppression.

Kościuszko was born in 1746 in the Commonwealth of Poland-Lithuania and served as an officer during the American War of Independence.

He distinguished himself by devising the key defence strategy which secured the defeat of the British army at Saratoga in 1777. He also designed the fortification at West Point – the site of the United States Military Academy.

Back in Poland-Lithuania, on March 24 1794 in Kraków and faced with the Russian invasion, Kościuszko proclaimed an uprising to defend his homeland.

Assuming the role of the Commander in Chief of all the Polish-Lithuanian armed forces, he swore to defend the territorial integrity of his country, its sovereignty and universal freedom.

Ideas of the Enlightenment

Kościuszko appealed to all sections of the population of Poland-Lithuania to repel the Russian invasion and reverse the humiliating so-called “partitions” of its territory imposed first in 1772 and again in 1793.

His ideas were shaped by the thinkers of the enlightenment, including John Locke and Hugo Kołłątaj.

Kościuszko valued equality and personal liberty. His public acknowledgement of the burden of serfdom brought him a great following among peasants who formed large units in his insurrectionary army.

His ideas were revolutionary for the time. He challenged the prevalent ideas about rigid feudal social structures. His actions extended the meaning of who made up a “nation” to include peasants: placed on equal footing to nobles for the first time.

The first test of Kościuszko’s military strength came on April 4 1794, when the army under his command faced numerically superior Russian imperial forces at the Battle of Racławice in Lesser Poland.

Kościuszko’s victory over Catherine the Great’s generals made him a hero. Recruits from all over Poland-Lithuania flocked to Kościuszko’s army. Local populations in Warsaw and Vilnius rose on the news of his success, expelling Russian troops.

On May 7 1794, Kościuszko’s proclamation granted civil liberty to all peasants of Poland-Lithuania, giving them protection of the law and ownership of the land they worked on.

During the same year, Kościuszko’s forces faced combined Russian and Prussian forces in a series of battles. Among staunch supporters of Kościuszko were such military commanders as Władysław Franciszek Jabłonowski (1769–1802), the first known Polish general of African descent.

In the second half of 1794, success abandoned the insurrectionists. During the Battle of Maciejowice on October 10, a wounded Kościuszko was captured by the Russians. He was imprisoned 1,000 kilometres away in Saint Petersburg as Catherine the Great’s trophy prisoner.

The Russian Empress was petitioned for the release of Kościuszko by his American friends. One of them, an African American Jean Lapierre who served with Kościuszko as his aide-de-camp, offered himself in exchange for Kościuszko’s freedom.

His request was denied. Kościuszko was not released until the death of Catherine the Great in November 1796.

Kościuszko’s uprising ended with the bloody siege of Warsaw and the massacre of 20,000 of its population by Russian troops. Led by Russia, the third and final “partition” of Poland-Lithuania extinguished its nationhood for the next 123 years.

During this “partition era”, compatriots of Kościuszko were forced into exile. One of these was the explorer and philanthropist Paul Strzelecki. Kościuszko’s legacy of fighting for what is right influenced Strzelecki and many others.

23 years after Kościuszko’s death, Strzelecki named Australia’s highest mount in Kościuszko’s honour. Five years later, he published the Physical Description of New South Wales and Van Diemen’s Land, an extensive account of his investigation of the climate, geology and geography of Australia.

His decision to give the highest mountain in Australia the name of his hero left a lasting link between Australia and East Central Europe.

This article was written by: 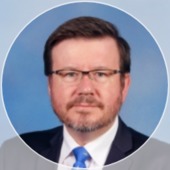 This article is a syndicated news item via

Previous articleHow can Russia’s invasion of Ukraine end? Here’s how peace negotiations have worked in past wars
Next articleADALITA [THE BARWON CLUB HOTEL]

Council working with Little Athletics club in search for venue

Part of cat or dog breeding in Australia is looking for ways to reach out to animal lovers....
CONTRIBUTORS

The Surf Coast Shire Council is calling on local community groups, schools and businesses to submit their ideas...
ARTICLES

Currently, there are many eCommerce platforms out there, and one of the best amongst them is Magento. If...

Geelong TAGG/Toorak Times is your localnews, entertainment, music fashion website. We provide you with the latest breaking news and videos straight from the entertainment industry. Fashion fades, only style remains the same. Fashion never stops. There are always projects, opportunities.