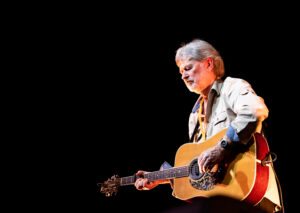 Fans of Redgum are in for a rare treat this July as revered songwriter John Schumann brings the music of his band back to the stage for two special nights only at MEMO Music Hall in St Kilda. Joined by The Vagabond Crew, John and his fellow musicians will explore the songs, stories, laughter and passion of Redgum, a band who helped shape the history of the Australian music scene. The Redgum Years is a show specifically for the music fans who bought the records, attended the shows, sat on the floor in their bedrooms or loungerooms and gave Redgum songs life.

It is undisputable the impact that John Schumann and Redgum have had on the Australian music scene. I Was Only 19 is a song that has influenced generations and continues to do so. Redgum proudly told the stories of Australia, without inhibition, incorporating our place names, cultural intricacies and didn’t try to hide our distinctive accent. Their focus on social equality, political and economic justice opened up a commentary that extended further that the music and helped evoke change. The songs John contributed to the Redgum repertoire and those he sang with his very distinctive vocal style – such as 100 Years On, Stewie, The Last Frontier, Where You Gonna Run To, Poor Ned, Virgin Ground, Gladstone Pier and I’ve Been To Bali Too – are still as relevant today

as they were first performed to packed houses of passionate music fans.

While John has never shied away from performing the odd Redgum classic, he hasn’t returned to his roots since he left the band. In fact, despite numerous requests from venues and promoters to reform the band or take a ‘Redgum’ show on the road, the timing never felt right to John. It was his long-term band, The Vagabond Crew who eventually convinced him he should pay homage to the songs that made such an impact – not with a reformation of Redgum, but through a recollection of the music.

“I expected to see the songs as timepieces, exercises in nostalgia, but not relevant,” says John. “It was absolutely fascinating to discover that 90 per cent of the songs work just as hard today as they did when they were originally written, recorded and performed back in the 80s.”

Returning to Melbourne was important for John, as the city played such an integral role in the early success of Redgum. Despite being an Adelaide band, it was community station 3CR that helped raise Redgum’s profile from an independent folk-rock band to national prominence. The band lived in Melbourne for a period of time, performing at grassroots venues, garnering a solid fanbase and attracting attention of the all-important booking agencies.

“There were only three or four gigs for bands at our level in Adelaide, whereas, in Melbourne, we could play every night for three or four weeks without having to travel and sleep in motels every night,” recalls John. “This was very attractive. I shared a house with a friend in Station Street, North Carlton and really enjoyed the Melbourne lifestyle. I wrote I Was Only 19 in the backyard of the house in Station Street. It was at the Chevron on St Kilda Road that the then music director for 3XY saw Redgum for the first time and heard I Was Only 19. He went back to the station that night and left a note for the programmers to put 19 on the playlist – and on high rotation. The rest, as they say is history.”

Even now, John still feels a strong affinity to Melbourne. “There is always something very familiar and very comforting about Melbourne,” he says. “I spent a lot of time in Melbourne with Hugh (McDonald) recording between 2005 and when Hugh died in 2016. That said, we never played very much there as The Vagabond Crew, so I’m very much looking forward to playing in Melbourne under the Redgum banner, so to speak. I love Adelaide – I’m very much an Adelaide boy. But if I had to choose another Australian city to live in, it would be Melbourne – without a shadow of a doubt.

Council working with Little Athletics club in search for venue

Claymore will be performing one more time before they embark on a European Tour. The Venue - Memo...
Lady Caroline Leitenmaier

THE WOLFE BROTHERS INTERVIEW WITH MYSELF BELOW Tom and Nick are currently on their 'Starting Something' Tour of Australia and...
Live Entertainment

Geelong TAGG/Toorak Times is your localnews, entertainment, music fashion website. We provide you with the latest breaking news and videos straight from the entertainment industry. Fashion fades, only style remains the same. Fashion never stops. There are always projects, opportunities.